To hell and back

The old heat treatment baskets would have to be repaired or scrapped after just a few cycles. SKF was looking for a material that would have a longer lifespan, a more ergonomic design for operators and less carbon contamination.

Austenitic Outokumpu Therma stainless steel was chosen for the heat treatment baskets because of its superior resistance to extreme temperature changes, strength and sustainability. Baskets are now more than 10 times cheaper for SKF, which has also improved the loading process and the quality of its rollers.

Austenitic stainless steel has long been a favourite of heavy industries because of its ability to perform in extremely high temperatures. Adding to its long list of features, Therma 253MA now boasts a newfound capability to withstand frequent changes of temperature, while saving money and helping to optimize production. Swedish multinational SKF is one of the largest bearing manufacturers in the world. Heat treatment is one of the last steps in the production process, giving roller bearings extra hardness and resistance. Rollers go into a furnace at 850–895 degrees Celsius for approximately three and a half hours. Immediately after, they are quenched and tempered in salt at 180–250 degrees Celsius for several hours before being washed in hot water and ultimately kept at room temperature.

Large baskets carry the bearing rollers through this cycle, experiencing the same changes of temperature continuously as they go in and out of furnaces operating non-stop all year round. Until recently, SKF was using S355-grade carbon steel baskets, which showed visible deformation after just 3 to 5 cycles, requiring repairs. The maximum lifetime of these baskets was 10 to 15 cycles, after which they cracked and had to be scrapped.

Staying in shape for a longer life

“It was an unsuitable choice of material,” says Stephan Hägeryd, Industrial Engineer at SKF Sverige AB Large Bearings. “We really wanted to increase the number of cycles which we could run the baskets before scrapping them.”

At the suggestion of a consultant and after discussions with Outokumpu back in 2013, SKF decided to make one prototype basket from Therma 253MA stainless, which they were already using in furnace components. “Initially, we were thinking we would get 20 or 30 cycles out of it,” recalls Hägeryd, but SKF was in for a nice surprise. As of 2016, the Therma prototype basket had gone through more than 300 cycles and counting, without any visible deformation. This indicated that the new baskets could be used 20 to 30 times longer.

“Therma gives the baskets an extended lifetime, as they keep their shape and can continue in operation for much longer,” explains Hägeryd. In addition to higher reliability, the extended lifespan of the baskets has brought substantial savings to SKF. “The new Therma baskets are about twice the price as the old ones, but you can run them more than 30 times longer, so it’s good for business!” says Hägeryd enthusiastically. In end effect the new baskets are approximately 10 to 15 times cheaper.

SKF was so satisfied with the success of the Therma prototype that they decided to build 20 new baskets. 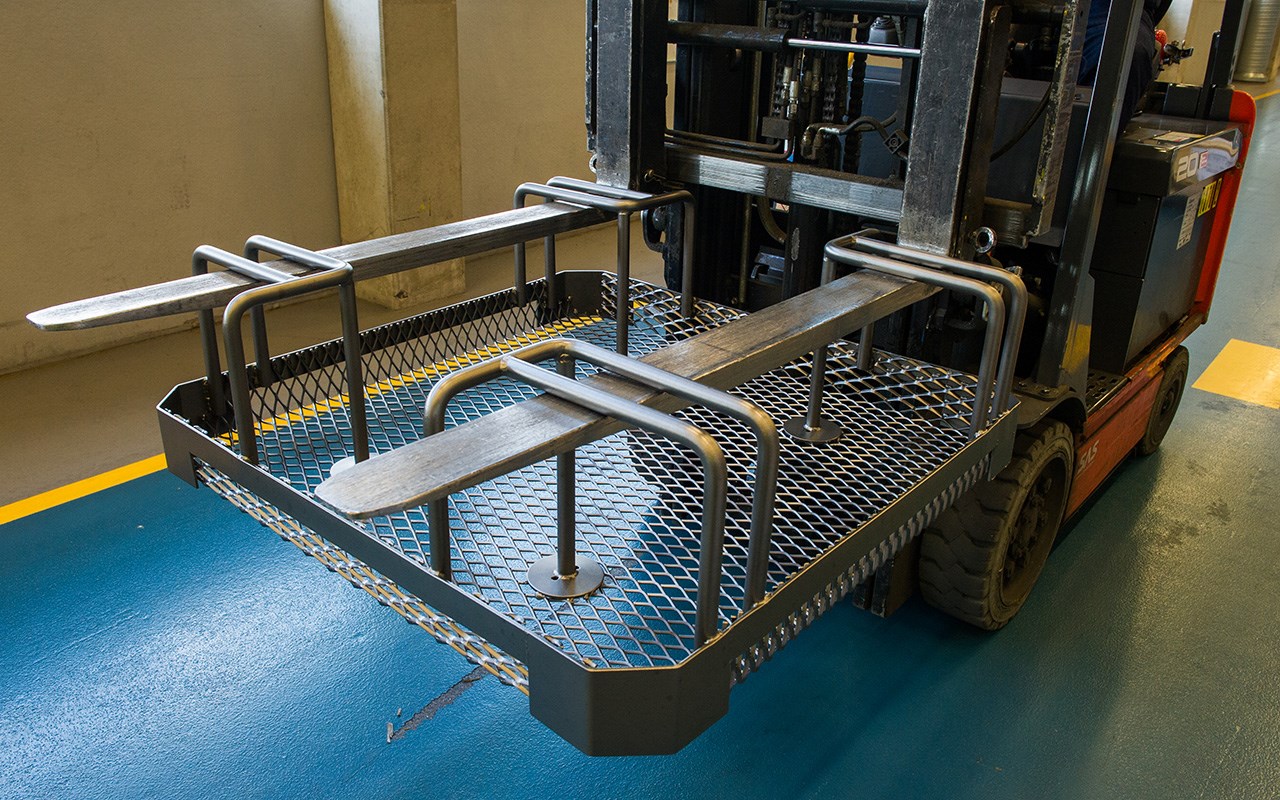 The advantages keep rolling in

Switching the material was also a good opportunity to address other issues. Using the old baskets, bearings often showed localised carbon deposits and discoloration due to carbon contamination on the large surface of contact with the carbon steel plate. In the new baskets, the Therma plate at the bottom of the basket has been expanded into a slick, net-like structure. “Now that the rollers stand on a textured surface, there is better air flow and we get less carbon contamination,” explains Hägeryd.

SKF also wanted to make the baskets more ergonomic for the operator. Using Therma has allowed for a simpler, lighter design which can be forklifted, points out Hägeryd. “Now loading and operating the basket is more efficient and it is easier to change the position of the rollers.” Therma 253MA has been a substantial upgrade for SKF. “It is a really good design and choice of material,” sentences Hägeryd, highlighting the material resistance of the baskets, the costs savings and the added efficiencies.

In energy and heavy industry, failure is simply not an option. When one single mishap can explode into a full-blown crisis, only stainless steel can deliver the assurance of control that you depend on.

Offering exceptional versatility, Outokumpu hot rolled coil, strip and plate are used in virtually all industries and markets. In addition to plates, Outokumpu produces quarto plate that is available in thicknesses up to 130 mm.

Rotterdam wastes no opportunity for sustainability